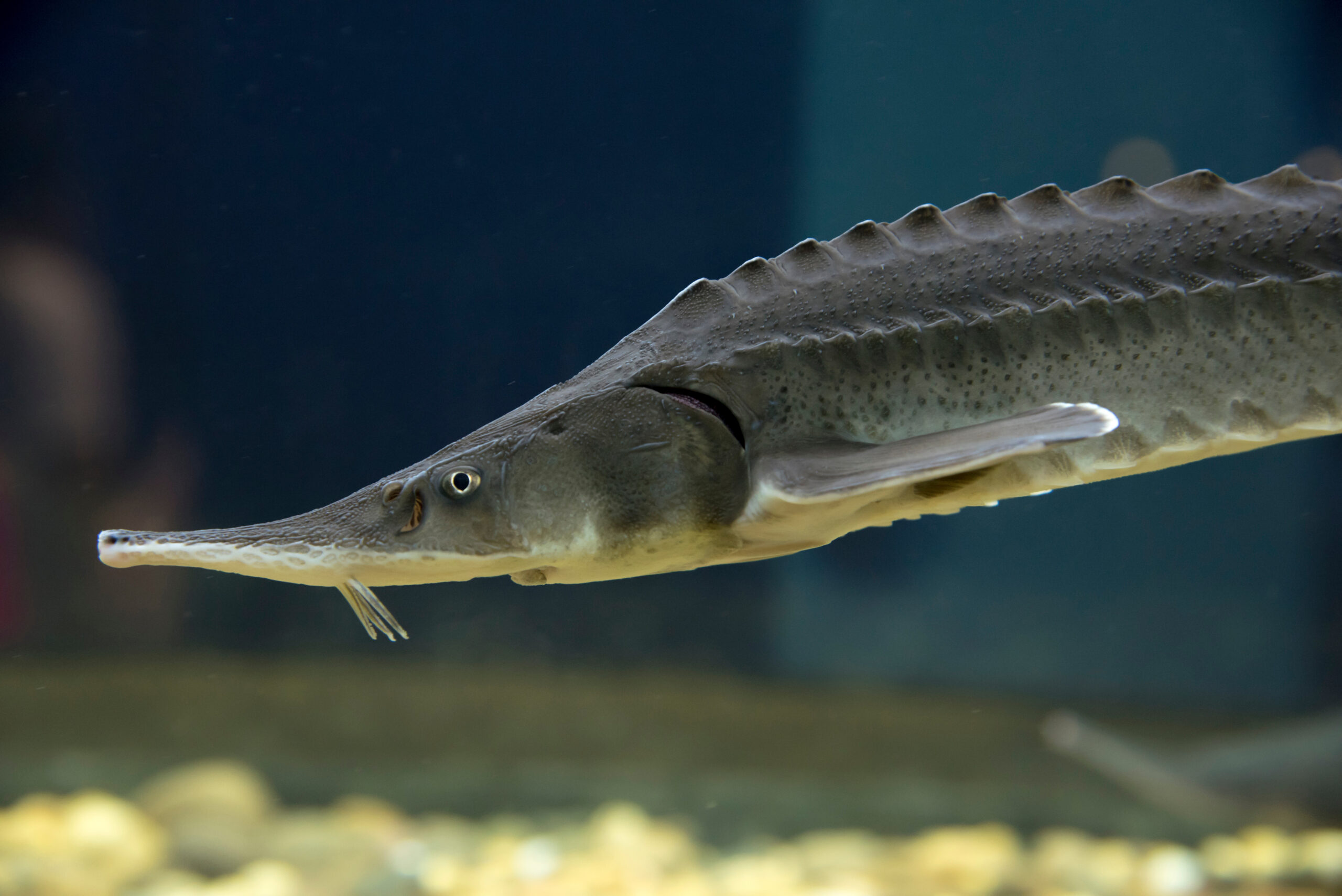 Lake sturgeon (Acipenser fulvescens) are an ecologically and culturally significant species throughout the Great Lakes. Yet, populations have been estimated at one percent of historic levels due to multiple human-caused reasons such as overfishing, habitat loss or degradation, and barriers to suitable habitat from dams. Consequently, lake sturgeon is listed as either endangered or threatened in 19 U.S. states and as threatened in Canada. Conservation genomics is proving to be a valuable tool for researchers and fishery managers keen to properly manage and regulate the lake sturgeon fishery in the Great Lakes. This edition of Research Notes highlights research contributions on lake sturgeon supported by the Great Lakes Fishery Trust.

From 2015 to 2019, a research team led by Dr. Amy Welsh with West Virginia University studied the adaptive genetic diversity of 16 lake sturgeon spawning populations. Dr. Welsh, joined by Eric Normandeau and Louis Bernatchez, both with Université Laval, analyzed the genetic variations of these populations using single nucleotide polymorphisms (SNPs) that included neutral and adaptive variation. Then, the team grouped populations based on similarities in adaptive traits to identify potential management units meant to help conserve the lake sturgeon’s adaptive potential.

”A SNP is a genomic variant at a single base position in the DNA. SNPs in a genome can be studied to determine if and how they influence health, disease, and other traits (NHGRI 2022).

The GLFT-supported research is advancing scientific knowledge of lake sturgeon ecology and the role of genomics in conservation. Previous analyses of the lake sturgeon population structure were based on neutral genetic data, which track roles of migration and genetic drift to determine population structure. Dr. Welsh’s team improved the understanding of how adaptive variation is distributed. Furthermore, the refined management units proposed by the team, if enacted, may result in the conservation of the adaptive potential of lake sturgeon populations, a primary goal of conservation genetics.

A collaboration between the research team and another GLFT-supported researcher, Dr. Wesley Larson, previously of University of Wisconsin–Stevens Point and now with the National Oceanic and Atmospheric Administration, developed a panel consisting of 258 SNPs for future assignment testing and parentage analysis using data generated from this project. The Great Lakes Fish and Wildlife Restoration Act funded the spinoff project.

Research Notes includes the results of GLFT-funded projects that contribute to the body of scientific knowledge surrounding the Great Lakes fishery. The researcher findings and grant result summaries do not constitute an endorsement of or position by the GLFT and are provided to enhance awareness of project outcomes and supply relevant information to researchers and fishery managers.